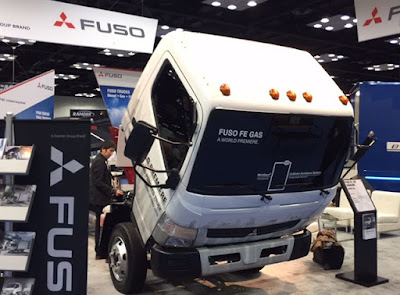 The engine is a 6-liter Vortec Series motor from GM coupled to an Allison 1000 six-speed automatic transmission and it will be available on the FE130, FE160 and FE180 models. It will be the only gas truck in its class with Power Take Off capabilities for auxiliary equipment, according to a company representative.

“Fuso has put together this exclusive engine/transmission package to provide unmatched power and versatility for our customers, and the Class 5 FE180 will offer the largest payload available in a gas-powered medium-duty truck," said Jecka Glasman, Fuso's president and CEO.

A trial run of trucks equipped with the new engine will be available in the fourth quarter of 2017.

The V8 FE Series trucks will be the first Fuso vehicles assembled in the U.S. at the Freightliner Custom Chassis Corporation’s facility in South Carolina. The engines and transmissions will be built in the U.S. but the chassis, cabs, and axles will come from Europe and Japan.


Posted by Enoven Truck Body & Equipment at 8:30 AM